Brian Williams got publicly disgraced all over the Internet like so many do in the era of 24 hour cable news and light speed social networks. For those unaware, Brian Williams, who announced the NBC Nightly News since 2004, was caught in a lie. Multiple sources said that Williams distorted the truth about his experiences covering the first Iraq War and Hurricane Katrina in New Orléans. Plenty of other can explain the details of the story better than I can here, so go read one of those. 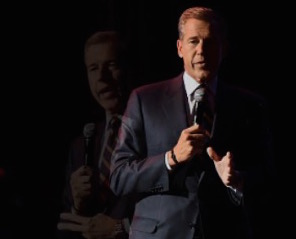 What does the Brian Williams story teach pastors?

Williams created a problem for himself when he violated the news reporting “rule” that a reporter or anchor should always stick to the facts and never embellish them for effect or drama. Brian Williams exaggerated details at best and outright lied at worst.

Preachers too must stick to the facts and never embellish the truth unless we’re obviously doing so and for a good reason. We, more than news men, should stick to the truth at all times while we preach.

My Recent Dance with Dishonesty

A few months ago my wife and I were discussing the first shuttle disaster when the Space Shuttle Challenger blew up shortly after launch. I swore that it happened in 1981 because I was in at Granville Elementary School in Milwaukee in the sixth grade when a student came from the office and told everyone in the library about the disaster. It had to be 1981 because that’s when I was in the 6th grade, or so I thought.

The Challenger actually blew up in 1986 while I was a Junior at Milwaukee High School of the Arts. Again, a student came and announced it to our class.

How did I get it so wrong? First, I was young and second, I conflated two events. President Ronald Reagan got shot in 1981 and I learned about it when a student came into the library and told the class. When the Space Shuttle exploded a student came into my classroom and told us it happened. Some of the details and environments mirrored one another and I mixed them up into one event in my mind.

What if I shared this story during a sermon as an illustration. Should my church fire me or suspend me for six months without pay like NBC did to Brian Williams? Of course not. It was not intentional and it was a product of bad memory not bad character.

If someone confronted me after the sermon and showed me proof of my mistake and I told another lie to cover it up, then maybe they’d have a case. Or, what if I knowingly lied and intentionally distorted the truth about something else, like my résumé or education background. What if I lied to cover up a mistake or sin? Sure! I’d be liable and should suffer the consequences.

The original news report that got Brian Williams in trouble

So, what can we take away from the Brian Williams story to protect our integrity and the pulpit’s integrity? For at least a little while this event damaged the credibility of the NBC Nightly News even though they suspended Williams without pay for the next 6 months. I’ll let readers decide if that’s fair or whether NBC should’ve suspended Williams.

Here’s 4 lessons we can learn from the Brian Williams incident.

I heard about a preacher who got caught preaching sermons found online. He said he never preached them “word-for-word” but did preach them “thought-for-thought.” He never let his congregation know the source of this material.

I’ve preached sermons thought-for-though a handful of times. When I did it there wasn’t anything wrong with it. How can I do the same thing without destroying my credibility. First, I didn’t make a habit out of it and I gave credit saying that the outline came from another preacher. I’d say something like the following early in the message:

Haddon Robinson preached on this passage and I wanted to share with you what he had to say about it.

There’s also a preacher friend of mine who preached another person’s sermon word-for-word and there’s nothing wrong with it. He memorized Edwards’ sermon, Sinners in the Hands of an Angry God. He also made it clear that he was doing so. In addition, unlike the above preacher who preached others’ messages thought-for-thought, I don’t habitually preach other peoples’ sermons. It’s important that sermons come from the Bible, the inspiration of the Holy Spirit and our careful study of scripture. It’s also important that we always make it clear when we’re borrowing from another source.

One final tip. Don’t worry about always quoting people by name. I usually say something like, “I read about a farmer who had two chickens…” and then go into the story or joke. I only share the name of the source if …

People shouldn’t rejoice in the suffering of Brian Williams, even if they think he deserves his shame and punishment. Love never rejoices in sin the 1 Corinthians 13:6 tells us.