Last fall Faithlife, formerly Logos Bible Software, not only changed their corporate name but released a huge update to Logos 6. Now they’ve fixed some bugs and added a few minor features bringing the latest release to Logos 6.1. With this release, customers can now update to the version six display engine for free.

The upgrade from 5 to 6 brought a ton of new features. (see the video below for a demo of new features in Logos 6) However, the Logos 6.1 update brings just a few. Here’s what’s new in this Logos 6.1 Update.

As always, users can get help from the Help menu or by pressing the F1 key. However, there’s now a library resource called Logos Help. Click here to open Logos to the Logos Help resource.

So why did they create the Logos Help book? This makes it easy to update with a resource update instead of a whole program update. It also lets the user search for content in the book. They can use the new Inline Search that the company introduced in the version six update. Inline Search means a user doesn’t have to open a Search pane to search inside an open book.

Logos promises to update the Logos Help book with “more comprehensive information, at a later date.”

Second, users can print more than 100 pages of a Personal Book. Personal Books are custom-made resources that the user can add to their Logos library.

Go to the Files section of the Logos forums and find a ton of Personal Books that other users created. To learn more about creating Personal Books, check out the Logos Wiki which explains the process of making your own Personal Books for use in Logos.

As an aside, there’s a great resource from Logos user and expert Mark Barnes called the Dictionary of Christianity and the Bible. Go get it and build a Personal Book. I wouldn’t recommend printing it, however. Mark estimates that a printed version would take up 19 volumes of 1,000 pages each.

The update also fixed a problem with an error when trying to remove Personal Books.

Here’s a few of the other cool new updates in this Logos 6.1 update:

How to Get Logos 6 Core Engine for Free

Until now updating to Logos 6 from earlier versions cost a pretty penny. However, users who don’t care about all the new data sets can get just the Logos 6 Core Engine for free. Download it from the Logos download site and install it. 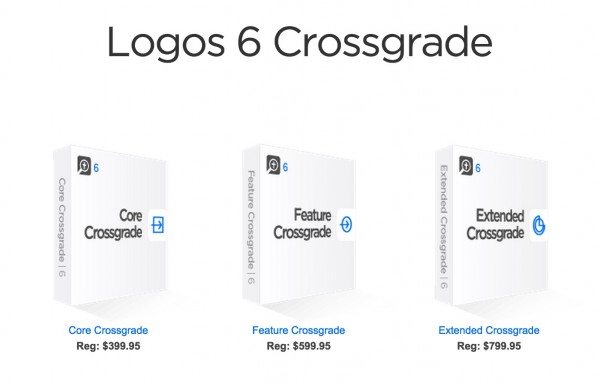 Downloading this Logos 6 Core Engine will give users some menus with links to books that you won’t own. In other words, the core engine shows many of the new features, but doesn’t include most of them. That’s why it’s a good idea to buy a Logos 6 Base Package upgrade. You don’t have to buy the same package that you own. For example, you may own the Gold package of Logos 5. You don’t have to buy the Logos 6 Gold Package. You can get just the Logos 6 Crossgrade. It’s still expensive, but for most users it’s worth the cost. Pay monthly if paying all at once isn’t possible.