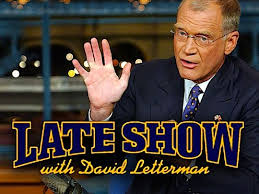 David Letter will end his tenure as the host of the Late Show with David Letterman this week. It will bring an end to an era for man of us who were fans of David Letterman back in his early days on NBC when he followed Johnny Carson and brought a young and hip brand of snarky comedy to late night television.

I loved David Letterman as a teenager. I stayed up way past my bedtime and watched Dave share the top ten list from the home office in whatever medium-sized town in the midwest. Stupid Human Tricks and the funny phone calls from mom made me laugh and I enjoyed them.

I agree with many of the pundits, however, who said that Letterman’s stand-up got tired because younger and more energetic comedians grabbed that young audience still awake at 11:30 p.m., 10:30 central. For the last few years, I quit watching Dave because he seemed to “phone it in.” Since the heart attack that sidelined him years ago, it seems like David didn’t have the heart to give it his all.

Meanwhile Jimmy Kimmel engaged his audience via social media and seldom just stood there telling jokes. He did skits and showed video clips during the opening “monologue” segment. The term monologue is no longer applicable because Kimmel involved his audience at home and a cast of support staff who produced bits on a level Letterman and company never did.

Then Jimmy Fallon took over for another aging late night host who also didn’t keep up. Jay Leno got retired and Fallon took over and took this kind of interactive and team approach to the “monologue” to another level. His YouTube clips drove an even bigger audience and he started to win the time slot.

Like David Letterman, Jay Leno and old-fashioned preaching, there’s a shift in the way communicators talk to people.

Wait. TRADITIONAL PREACHING!? Where did that come from? 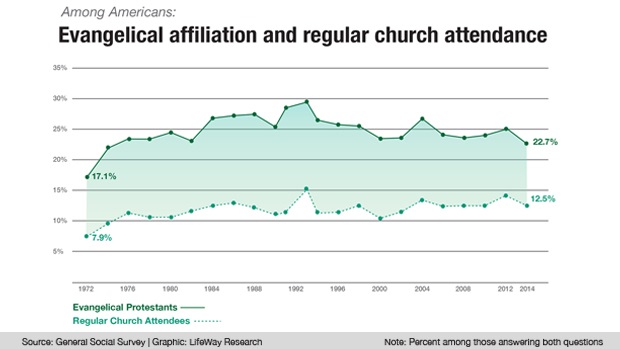 If you haven’t read about it, the Pew Research Center recently produced misleading headlines from gleeful secularists that claimed the numbers showed that Christianity was dying. Upon close examination the numbers say that the mainline denominations are the key reason American Christianity is lagging.

Unbiblical denominations seem to take the Bible as a nice collection of morality stories that offer suggestions for life, but not modern-day applicable norms meant for mature Christianity. Is marriage between a man and a woman? The Bible doesn’t really mean it. Is Jesus the only way like he says? That’s not what he would say today. A modern Jesus would appeal to the masses with a progressive view of family, soteriology and the role of church.

I don’t mean traditional preaching is dead, as in “not being done”. I mean dead, as in “lifeless and boring”. The oft-used quip by my preacher friends says, “I don’t remember what I preached last week. Why should anyone else?” We laugh so we won’t cry. That kind of preaching needs to die, as in go away since it’s already dead as in lifeless and boring.

Let’s kill dead traditional preaching! How can we? I’ll talk about that tomorrow, but for a preview, watch Jimmy Fallon’s next Tonight Show.